【Summary of the survey (excerpt)】

・Utility of security token exchange in the US private placement market

・Efforts on security tokens in each country and regulations

・Use of security tokens to activate the Philippine capital market 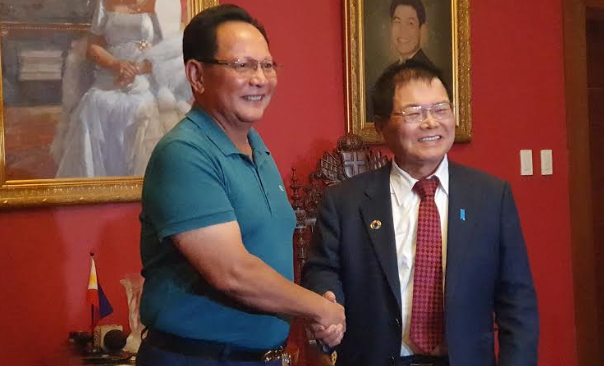 The meeting between Naokazu Takemoto, IT Policy Minister and CEZA CEO, Secretary of State Raoul Lambino, took place on January 4, 2020. The future of financial business in the Philippines and Asia was discussed.

“Need to establish clear regulations on crypto assets and security tokens” “Financial System Cooperation between Asian Countries” The meeting have received great response and have been reported in numerous Southeast Asian media.

The CEZA website and media reports also mention the security token exchange “ALLEX”, which is said to play an important role in promoting security tokens in the Philippines.

ALLEX still will play an influential role in helping to train Philippine blockchain developers in how to create security tokens. This Japan-Philippine technology and knowledge transfer is one of the economic benefits of having foreign back office support within CEZA.

“ALLEX” will continue to work on the spread of security tokens as a bridge between the Philippines and Asia and Japan.

The CEZA is located in the northern part of Luzon, Philippines, has the legal authority to approve applications independently without prior approval from government agencies, and issues “CEZA Offshore Virtual Currency Exchange (OVCE) Licensees”.

The Government of the Philippines has announced the DATO (Digital Asset Token Offering) Act through the Cagayan Economic Zone Authority (CEZA).

The regulation provides a regulatory authority for crypto assets in the CEZA or the Philippines and assists in enforcing the rule as the Asia Blockchain and Crypto Association (ABACA) or the Self-Regulating Authority (SRO).

Security token exchange “ALLEX” is a security token exchange established to improve the liquidity of the private equity investment market. “ALLEX” will provide support services for listing eligibility, including security token issuance / management / payment and related services, as well as auditing and various services. “ALLEX” has realized security token trading with the viewpoint of investor protection, and plans to develop and introduce an exchange system that meets the laws and regulations of each country in the future. The “ALLEX TOKEN” STO has been implemented since January 6, and full-scale start on January 31 is planned.

We are developing an STO (Security Token Offering) business to improve the liquidity of funds. We open the security token exchange “ALLEX” at CEZA（The Philippine Special Economic Zone） in January 2020.We are also working on the development of the real estate retail trading platform “J-FTA”.We are preparing to open security token exchanges in Chile and Indonesia as new stock exchanges, and working on legislation to contribute to the future development of financial markets in South America and Asian countries.Also provided legal support for the drafting of self-regulation by the Japan Security Token Operators Association and legal services for domestic STO