In Japan, laws and regulations related to STO are scheduled to come into effect in the spring of 2020, and the “OTC (relative) trading” platform that enables block parties to buy and sell digitized rights (tokens) Development has been announced.

Recently, the Asian Securities Industry Financial Markets Association (ASIFMA) has made various efforts related to STO, such as defining the difference between “security tokens” and “tokenized securities”. STO in the private placement market applying the registration exemption regulations of Germany, and in Germany public approval type STO is implemented with the approval of the regulatory authority BaFin.

The STO has been implemented in each country, and the primary market has grown. Recently, tZRRO (USA) ‘s original token “TZEROP” has been unlocked by Rule144 (SEC / registration exemption regulations) for one year. Secondary markets are also being created.

When considering security tokens as investment products, it has the characteristics of income gain that earns profits by dividends based on yields, and has different characteristics from investment products that are actively traded (capital gain) like ICO tokens. However, the creation of a secondary market is expected to further expand the size of the market, including the opportunity for general investors to invest in seed companies. 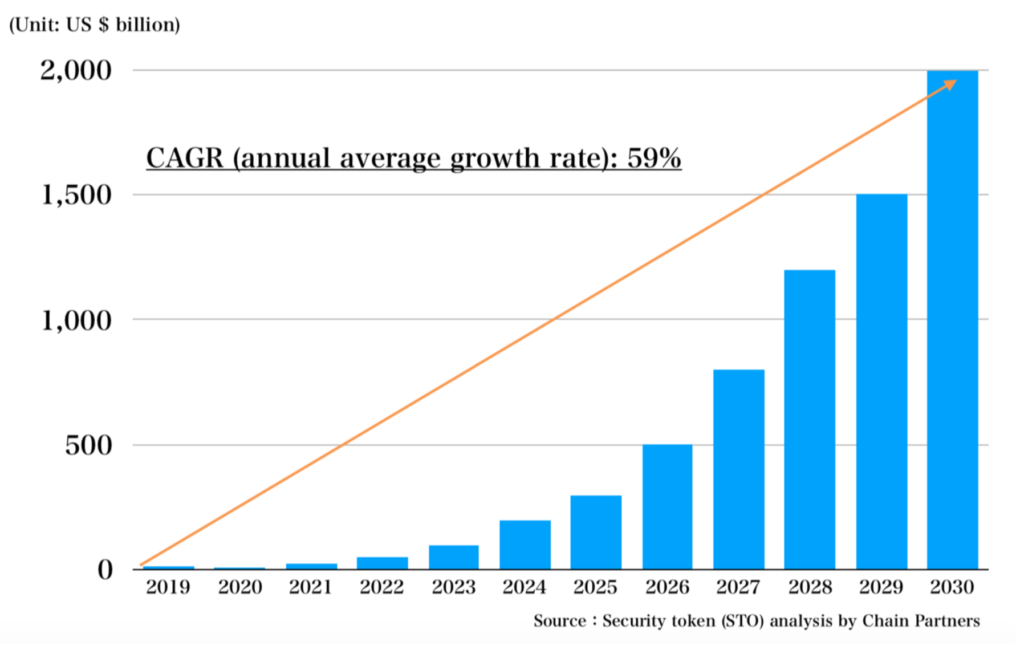 Through the establishment of the security token exchange “ALLEX” in the Cagayan Special Economic Zone in the Philippines and the listing support business for each product, we aim to spread STO not only in the Philippines but also worldwide. We believe that our mission is to create precedents as STO laws are being developed in various countries and we are trying to achieve growth. 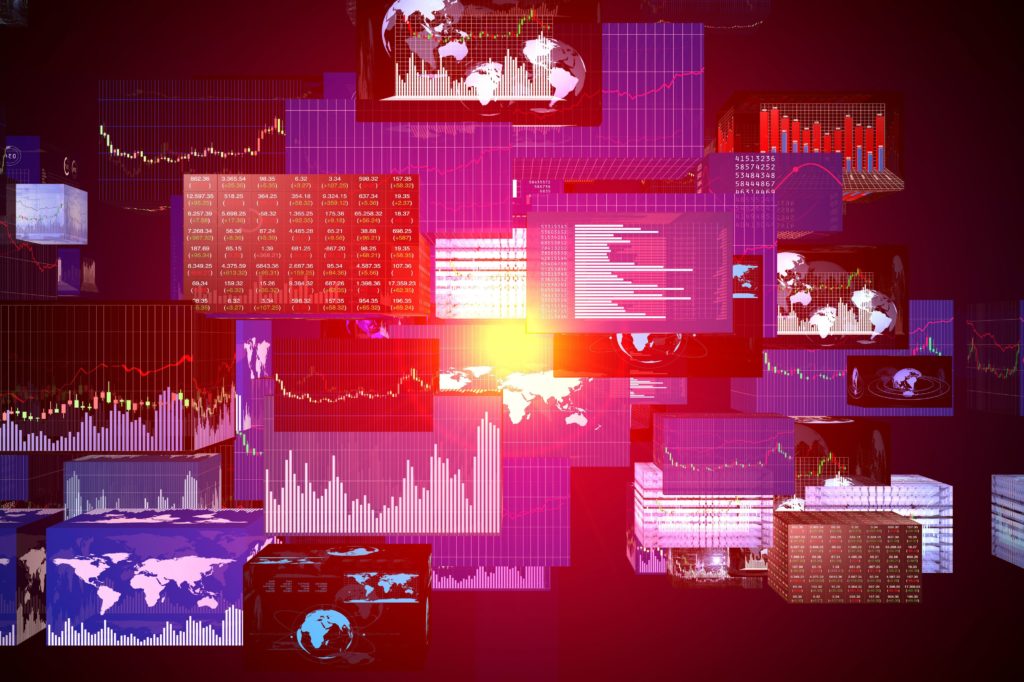 We also provide solutions for KYC / AML on exchanges, including security token issuance, management, settlement, and related operations. Based on the regulations stipulated by the CEZA / DATO Act, we will build an exchange system and design requirements for smart contracts for the offering amount, number of tokens issued, and profit distribution for each product. We provide support for operations such as organizing business requirements, laws, accounting, tax, and business requirements, and provide continuous consulting.

In addition, it is possible to use standards based on the examination standards of Japanese stock exchanges, functioning as an economic infrastructure system that conforms to social rules, and developing technologies aimed at building a future secondary market. Is doing. We aim to provide safer and more secure investment opportunities to more investors by improving the reliability and liquidity of financial markets. 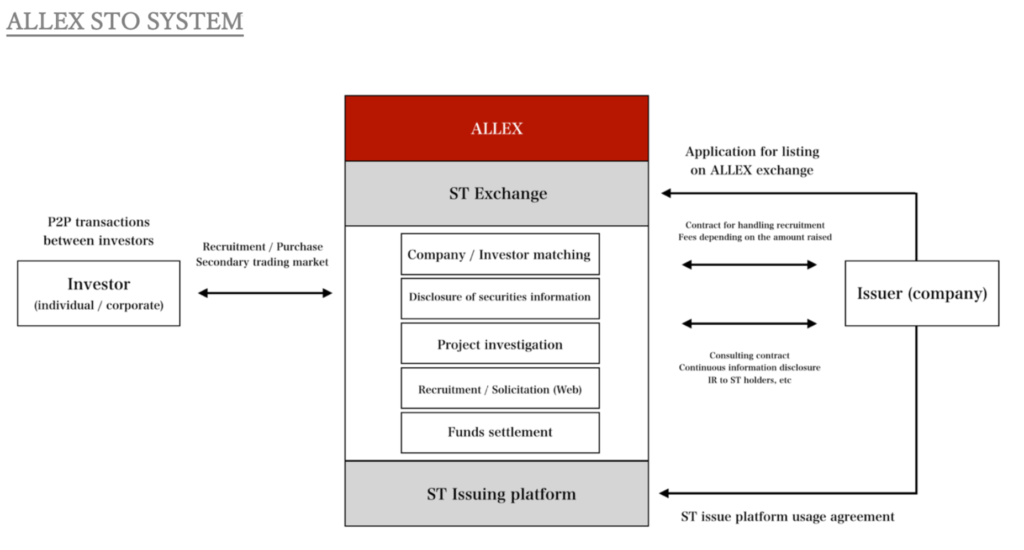 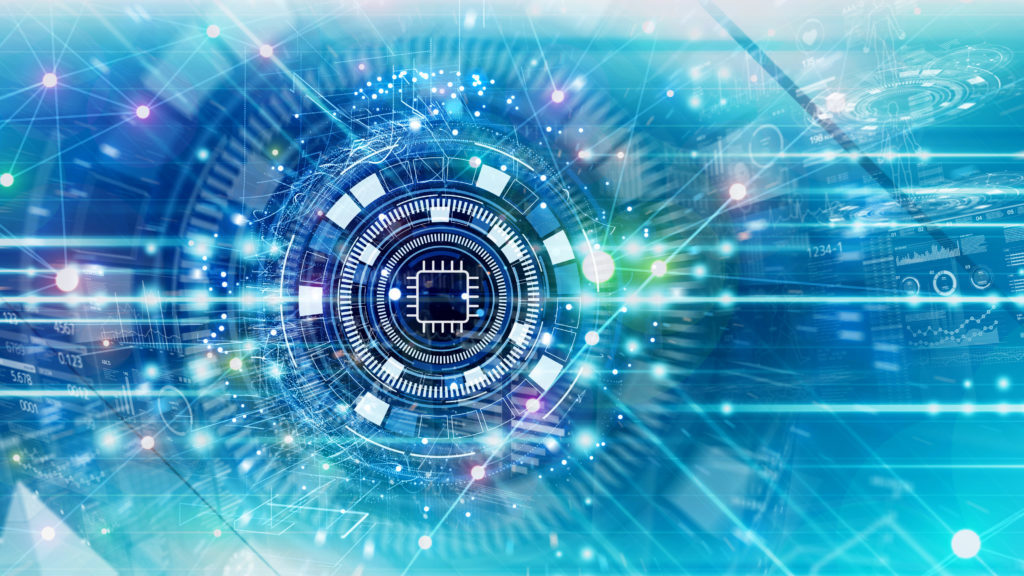 The security token market is formed as an ERC20 or primary protocol primary market, and services such as exchanges and wallets must be dealt with individually by tokens. “ST20 (Allex token)” is being developed with the aim of becoming a “standard for security tokens”.

“ST20 (ALLEX token)” conforms to the JP standard, which is being developed as a Japanese original standard, and has six functions to ensure the soundness of the security token market. In the JP standard, in the event of an emergency such as hacking or leakage of personal information, asset recovery and legal measures are taken by forcibly canceling transactions and charging back.

The JP standard is designed as a system in which authority is separated for each organization from the viewpoint of investor protection.

Money laundering and terrorist financing measures have been strengthened internationally, and cases of severe penalties have been confirmed. If fraudulent outflows due to vulnerabilities in the financial system occur, there is a possibility of developing into an international credit problem, and in the crypto asset market, regulations have been tightened recently by FATF.

In Japan, the 4th Mutual Review of FATF against Japan has been conducted, and it is thought that more stringent legislation is necessary based on the previous cases of fraudulent leaks at crypto asset exchanges. However, since the hacking damage of the crypto asset exchange has been repeated one after another, ensuring compliance with KYC / AML and realizing investor protection is the biggest challenge in the current crypto asset market.

Investor protection efforts are being carried out around the world, and by solving this issue, security tokens will be safe and reliable, and more people will be able to invest and raise funds. Is our wish.

Toward the development of the security token market

We are developing an exchange system in compliance with the DATO law defined by CEZA, and are working to meet the laws and regulations of each country in the future. The current STO market is new under the guidance of regulators such as the United States and Germany, as well as countries that have not been put into practical use because of the lack of legal regulations regarding STO. There are countries that are promoting the use of funding.

In the United States, STO has been implemented by applying Regulation because of the history of legislation for small-growth companies raising funds through private placement. Since there are many cases where large-scale IPOs fail, STO is expected to increase in practical use as a new financing method.

On the other hand, in Germany, a public offering type STO has been implemented, and it has been confirmed that regulators and products are discussing to reduce the minimum investment so that general investors can participate. The security token market is continuing to expand as features are created by the laws and regulatory policies of each country.

Based on the “Cagayan Special Economic Zone Act of 1995”, the government has the legal authority to approve applications independently without prior approval from government agencies. “CEZA Offshore Virtual Currency Exchange (OVCE) Licensees ”.